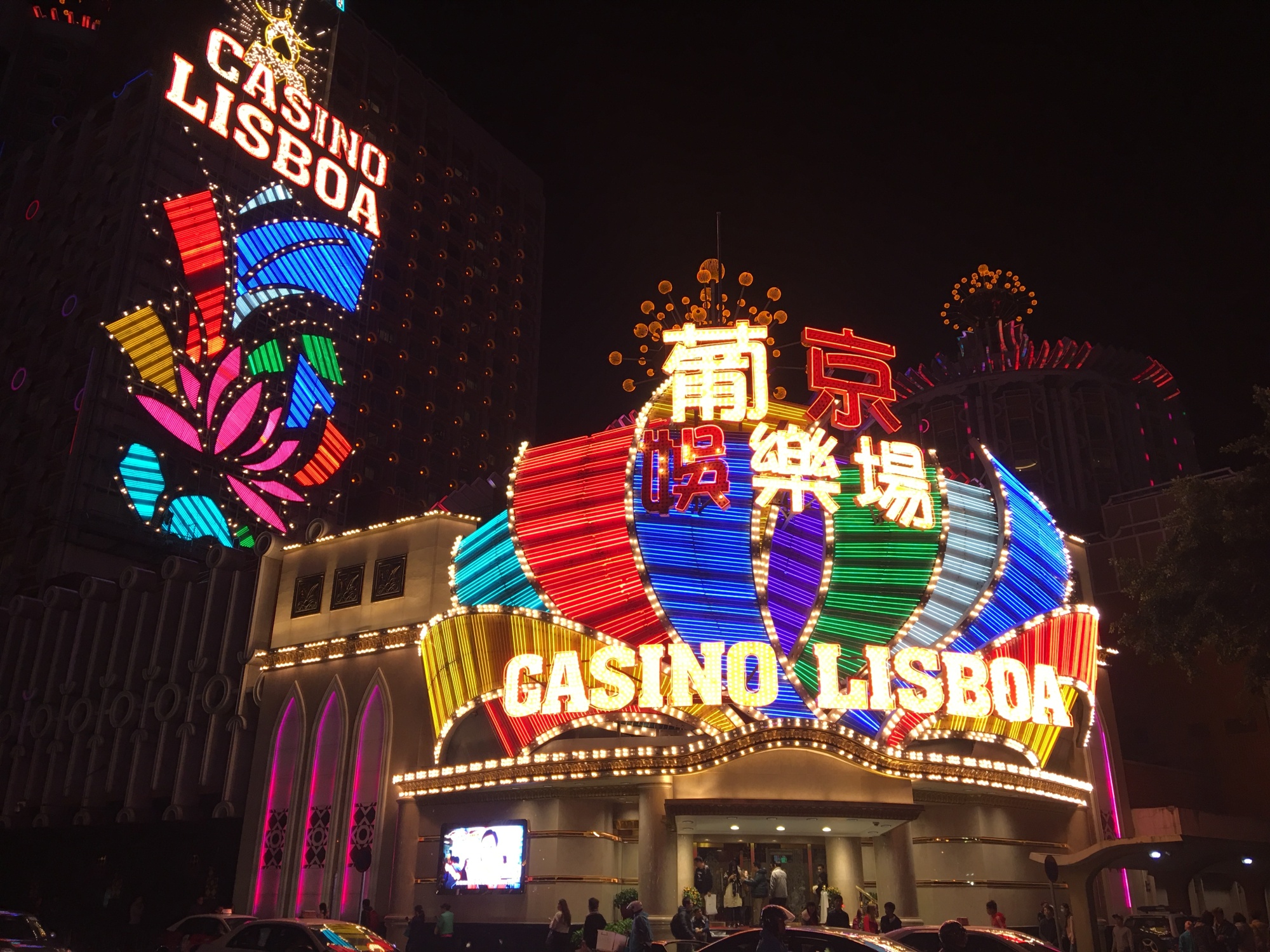 I’ve been involved in high stakes poker for less than a year, but I’ve had a lot of success in Vegas and wanted to look for more lucrative opportunities. After a bit of research, I found that the biggest cash games in the world that run regularly and are public (not home games or invite-only) are at the Wynn in Macau, a short ferry ride across the South China Sea from Hong Kong.

If you’ve never played poker in a casino, poker games are generally classified by the blinds (the amounts that the two players to the left of the ‘dealer’ have to bet before the first card is dealt). Since No Limit Hold’em allows any player to bet the full amount of chips in front of him, a better way to determine the stakes is to look at the average amount each person at the table is playing with.

Like Hong Kong, Macau is a Special Administrative Region of China. It was a Portuguese colony until 1999, when it was handed over to the Chinese government with the understanding Macau be allowed to remain semi-autonomous for at least the next 50 years. For the time being, that means Macau is exempt from Chinese-style socialism. Since it’s relatively easy for 1.4 billion mainland Chinese to vacation in Macau, this tiny bastion of capitalism has become the Las Vegas of Asia.

As I said, I haven’t been playing high stakes poker very long but I’ve doing quite well. Still, the small sample size had me worried that maybe my winnings were driven more by luck than skill. I wanted to spend a lot of time playing in Macau, but if I busted out the first day I didn’t want to be stuck in China for two weeks until my return flight. So I did the reasonable thing and bought a one-way ticket to Hong Kong.

I eschewed my go-to travel site and instead paid for the trip with a couple hundred thousand American Express points.

The trip almost didn’t happen. The day before my flight I went to the bank to wire $90,000 to the account I’d opened with the Wynn Macau. One of the more frustrating parts of playing high stakes poker is getting your money to the casino. Travelers checks and even cashier’s checks aren’t accepted by many casinos (as was the case at the Wynn Macau), and flying around with a giant sack of cash isn’t the best idea.

There was no one at my bank branch who could wire money internationally, so they directed me to a branch on the other side of town. Unfortunately, by the time I got there I missed the cutoff to send an international wire by 5 minutes. My flight was scheduled to leave before the bank opened in the morning, but I was told I’d have to be physically present in the bank to send a wire.

The airline charged me $500 to push my flight back a day. I couldn’t pay with AMEX points so it was no longer a free trip, but still relatively inexpensive for a flight around the world and a few days in a nice hotel.

Two days later I took a 45-minute plane ride to Dallas, had a short layover, took an 18 hour flight to Hong Kong, then a 30 minute taxi ride, then an hour-long ferry ride before finally arriving in Macau. It was a Friday evening – prime poker time – but I can’t sleep on planes so I’d been up for about 27 hours straight and could barely keep my eyes open.

I checked into my hotel, the Sheraton on Cotai. Cotai is a strip of reclaimed land where the Seac Pai Van bay used to be, but with dry ground at such a premium in this country-within-a-country, the Macanese filled in the bay and built several mega casinos on top of it.

I didn’t realize when I booked the ticket that I was arriving at the start of Chinese New Year. The whole island was beautifully decorated. It makes sense that a holiday that celebrates luck would be such a big deal in Macau. Luck would end up playing a large role during my stay in China.

7 thoughts on “High Stakes Poker in Macau – Part 1: Getting There”

Check out The Book on Making Money on Amazon!